The other evening, I was scanning through the thing, that passes as what’s on the television; and I came upon a channel listed under the  ‘Entertainment’ misnomer, Foxtel Classics; and running through the fare on offer for said ‘other evening’ I came across the film entitled ‘84, Charing Cross Road’, starring Anne Bancroft and Anthony Hopkins.

Taken by complete surprise; I clicked the button marked ‘i’ on the remote control thingy and got a brief synopsis, and yes indeed, it was a movie made back in the 1980’s of the book by Helen Hanff. 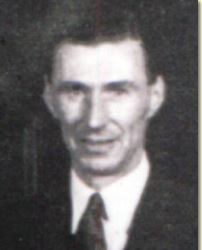 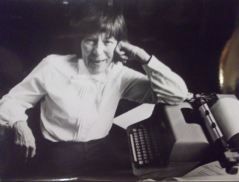 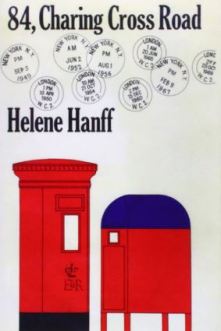 The cover of my copy of the book, not exactly antiquarian 🙂

Having, only a couple of years back, stumbled onto this work, (thanks to a post that I follow on WordPress) and been somewhat enchanted, I wondered how were they to make a movie of an epistolary novel?

The calibre of Miss Bancroft and Mr Hopkins in the leading rolls was enough to convince me to watch this program,

A “Classic’ it is not, it’s not a great movie either; the best that can be said for it is, that it’s a nice movie; sort of! To it’s credit, it did try to stick closely to the story which unfolds through the letters, that is the book.

The cast also includes Judi Dench, who needs no introduction; Ian McNeice, probably best known to some of the readers, as Bert Large, in the English series, Doc Martin; and an old favourite of mine Maurice Denham.

Maurice Denham, I recall this actor from the wireless program “Much Binding In The Marsh”, which aired shortly after the end of the war. The main ‘stars’ of which were Kenneth Horne and Richard ‘Stinker; Murdoch, a couple of ex RAF officers who’d come up with the idea for the show.

But back to Charing Cross Road, though the movie stayed close to the book, many scenes were ridiculous, obviously it wasn’t thought that research was necessary; but I’m not going in to detail, and bore those that got this far, to death, well not deliberately.

The bloke who directed this piece, should have known better; he was older than me, not by much, one year.

There has never been such a dull, miserable mob, as the staff at 84 Charing Cross Road, never a smile cracked; and the way they performed over the arrival of a ‘food parcel’ from Miss Hanff, was ludicrous. You’d think they were dying of starvation! Ian McNeice was almost as large as he is now playing the part of Bert.

Maurice Denham, as George Martin, the proprietor of 84, goes in ecstasy with his cat upon opening a can of what appear to be bangers/sausages/snags  and tells his cat that “We are in for a treat tonight”. This presumably is in the mid 1950s.

Now I don’t know what happened after I left London at the end February 1951, but this I do know, there was no problem buying bangers/sausages/snags,  probably because they didn’t have meat, well not much meat, in them.

They were not rationed in my time, you may recall when I wrote about “George the Goose”, how I fed the family every day on  bangers/ sausages/ snags. I’d just pop up to the butchers every day and buy a pound of sausages please. I was a polite young fellow.

Too, I can never remember seeing Londoners walking around looking grim, ever!

When I started work in April 1950 at an Insurance office, it was much more fun than going to school. Norman Hornby, Jimmy Green ,Cynthia Turner, Greenslade and me, the office was full of banter, from 9.30, til 5. And the work got done!

But obviously not at,