I found this Blog by David William Wilkin about somebody I’d never heard of absolutely intriguing. I’m sure this Wm. Cobbett would have left his mark in whatever century he was born. Pretty well everybody would know the word “Hansard” perhaps it should be renamed Cobbett. I doubt there would be many politicians alive or dead would have known about this man. Fascinating.

The Things That Catch My Eye

Regency Personalities Series
In my attempts to provide us with the details of the Regency, today I continue with one of the many period notables. 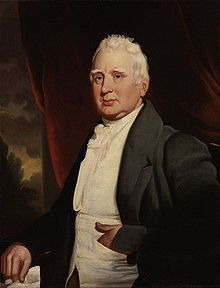 William Cobbett was born in Farnham, Surrey, the third son of George Cobbett (a farmer and publican) and Anne Vincent. He was taught to read and write by his father, and first worked as a farm labourer at Farnham Castle. He also worked briefly as a gardener at Kew in the King’s garden.

On 6 May 1783, on an impulse, he took the stagecoach to London and spent eight or nine months as a clerk in the employ of a Mr Holland at Gray’s Inn. He joined the 54th (West Norfolk) Regiment of Foot in 1783 and made good use of the soldier’s copious spare time to educate himself, particularly in English grammar. Between 1785…