It’s not usually my practice but the other day, Tuesday or Wednesday, I’m not sure which, I did the right thing! Kerry, my wife, sometimes (when she’s not around) referred to as the War Office, said that she was thinking of driving over to Birkenhead Point, to see if she could get some shoes/trainers/runners/joggers; (think that covers the lot) as she hadn’t been able to find any to fit in our local shoe shops.

Like me, she is hard to fit when it comes to footwear. We are both somewhat on the small side, (40 years ago she was on the petite side) and have rather broad feet; and she wanted/needed new s/t/r/j’s for when she goes to the park with Coco and me, or without me.

Birkenhead Point is a great place to go shopping,

From the City to the point what better way to go than by the “Shopper Hopper”; All aboard! 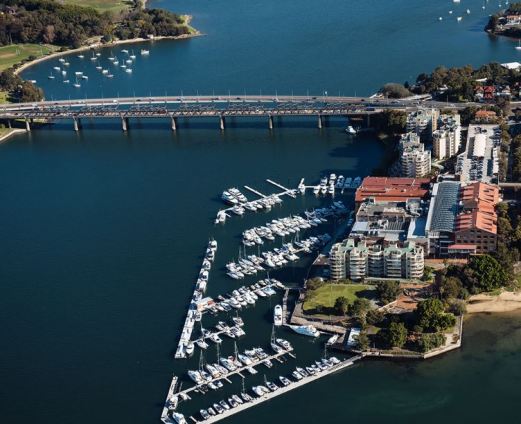 Shopping for shoes at Nike

Ah Gazman! You’ve made a pretty penny out of me the last 2 years. 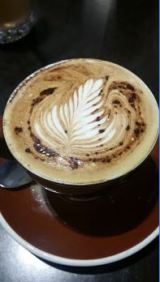 No extra charge for the decoration

Birkenhead Point looking East towards the City. The Harbour Bridge Pylons can be seen top centre.

but it’s bugger of a place to get to, and more so if you’re not that good at navigation. And my wife will readily admit that she is useless when it comes to direction.

I’m sure if you were to ask her, in which direction was North, she’d point upwards, East, right hand pointing out; you get the idea? So I said I’d drive her. Told you I did the right thing!

She made a feeble protest, assuring me that she’d be right, and that I could’t possibly manage to drive there. It’s about 5 km. Enough said!

Sadly, we have to leave Coco at home, when we go on these Safari’s, which is why we do it rarely. Hard of hearing  as I am, I could hear him crying as we left, I steeled myself, knowing full well that he was safe, he could go into the backyard if the need arose, and there was plenty of fresh water to drink, and he had his comfy bed to curl up in.

We’d only be gone an hour, two at the the most.

Fortunately, I have one of those “Disability” permits, that I affix to the windscreen, when ever I use the parking spots, for those such as me 🐻  I assure you I never abuse the privilege; and we were able to secure a parking spot that required very little effort to enter the wonderful world of shopping.

I don’t know whether I’m odd or not, but I do enjoy, and get a kick out of. going shopping through  Malls and suchlike!

The War Office headed for the Nike store, she had no idea where it was, however she had me to guide her, and we went straight there 😈 A lovely young lady, with a big smile, and gorgeous dimples came to serve the wife and after a great battle, found a very nice pair of  s/t/r/j’s that were pretty close to being a good fit, just a slight problem with the width.

I offered the advice; for what it was worth, that after wearing them for a few days, they would in all likely hood stretch, just enough, to make them a good fit. So on that premise the s/t/r/j’s were purchased. The are a very handsome looking s/t/r/j!

Miss Big Smile, with Dimples, suggested that the New Balance Store on  the top level might have something better, as they specialized in wider fits when it came to s/t/r/j’s, and if we found something there, we could always bring the Nike’s back and get a refund, which I thought was jolly well decent of her.

Up we went to the New Balance store, I have had NB s/t/r/j’s but never from an NB Store, usually from a local shoe shop; they’ve never really had my size, always been too big, but I get conned, and believe the rubbish about having to have them a bit on the large size. They just want the sale and I’m disillusioned 😥

A very nice young man came to attend to us, and whilst he was finding s/t/r/j’s to fit the WO, I wandered around the store looking at mens s/t/r/j’s.

Were my eyes deceiving me? There on the rows of s/t/r/j’s were sizes 4 and 5 and 6, I hadn’t been drinking, and realized that here were shoes that would actually be the right size, to fit me!

Shaking, I went in search of my wife, holding in my hand a very nice pair of s/t/r/j’s, in a delightful shade of navy blue. Not the damned, boring white, that I’ve put up with for years.

And so they do. For the first time, in many years, I have shoes on my feet that are a perfect fit. I had despaired of ever having the comfort, and joy, of footwear that actually fit and having toes that can wiggle.

And by the bye; Kerry was equally as fortunate, and found the perfect fit. Next Wednesday she will be returning the Nike’s, and getting more NB’s, and me?

I’ve have my just reward. 😀

59 thoughts on “The right thing. A just reward!”