Yesterday (Saturday) afternoon, the rain  subsided, we had  sunshine, and fairly strong winds, probably up around the 20 knots mark, for an hour or two, which gave some hope for exercise in the park.

Coco is in need of plenty of it, and our instructions were to keep his leg and paw dry, which is hard to do, when the rain keeps tumbling down.

Where we normally take him, for his run off leash, was out of the question, somewhat like a marsh, without much binding, so we decided on Blackwattle Bay Reserve, which weathers the weather better.

At the word “Park”, Coco was up, running in circles, tail going full pelt, never seen him so excited, must have been because he’d been cooped up for so long, What he didn’t know was that he’d be kept on his lead, and there’d be no running, or jumping, just a little bit of rolling.

Anyhow, he had a lovely time, when the next one will be, is in the lap of the Gods; the welcome rains are back with us today, and expected for the next 6.

On Wednesday the dressings, and stitches, were removed,  the doctors were very pleased with their work, but poor Coco’s foot looks a mess as these photos will attest. 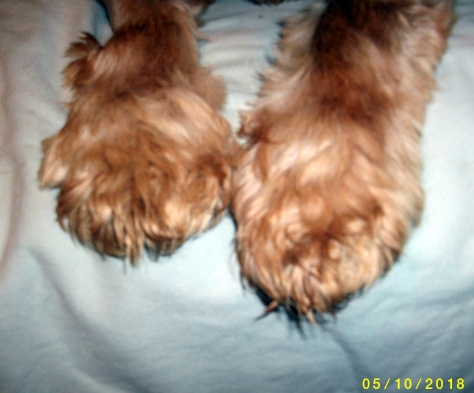 Paws in need of a trim, 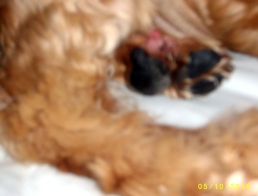 the paw minus one toe. 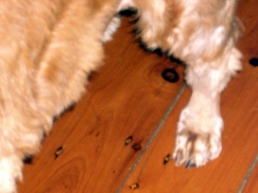 Close up of the paw, the toe that was amputated was on the inside of the paw 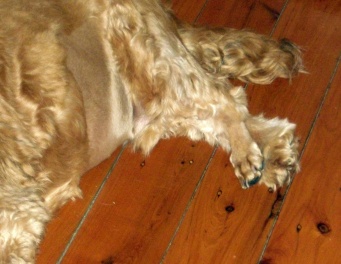 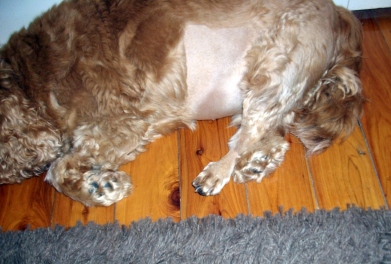 It will all grow back; except for the toe

It won’t take that long for his fur to grow back and he’ll be as beautiful as ever. 😀