Well, I thought I might as well give you a brief rundown, of last Thursdays event.

For those that may have something better to do, than to read my ramblings; or might be a mite curious as to how I went, let me just say it all went rather well, and I thank you for your interest.

And for those who haven’t got much on their plates, too lazy to find something to  do, or may be interested I’ll try not to drag this out too long .         😈

Having only a rough idea, as to where the ordeal was to take place; Susan & Michelle, arranged to meet me out front of the KGV, (King George V not that Russian  mob KGB!) building where Michelle has an office at 15:00 hours, 3pm for the uninitiated, and they would escort me to the Kerry Packer Auditorium.

Maybe they thought I’d take off, in an effort to escape, had I been left to find my own way to this place. Anyway, my wife did the honours, and dropped me off right on time and the ‘girls’ were waiting. No  way out!

The K.P.A. happens to be situated at the bottom of John Hopkins Drive; yes indeed; that John Hopkins, and much to my surprise, neither Michelle or Susan, had ever heard of that great man.    So on the walk down, I gave them a brief synopsis, of his work.

Let me point out here, I’d never really thought of what I was letting myself in for, I’d imagined a small gathering sort of thing; but then I was taken into this Kerry Packer Auditorium!……

And there were people in those seats, lots of people!

We were now joined by the delightful Helen. My charming hostesses then gave me a program, and whilst the final speakers were doing their stuff; they ran through what was planned for me.  They were being very kind, and considerate, (suppose it’s ‘cos I’m old); instead of my standing at that thingy, you can see in front of the audience, they  had chairs arranged, to the front, and left of the thingy, where we would all sit and then they’d ask me questions in turn regarding my experience with the RPA; the patients journey as it was called in the program.

After all the important stuff, from the ‘Forum’ was finished, Susan got up to introduce me to the mob assembled, as Helen, Michelle and I made ourselves comfortable.

I really didn’t know what she said; just as I didn’t know what any of the previous speakers had said, as you’ve probably been told a dozen times, or more; I’m very hard of hearing, over 75 % hearing loss at the last test, which was some years ago. I have an hearing aid which I never use; like listening to sounds with your head in a tin can, whilst underwater, not very pleasant.

Susan got a bit of a laugh during the intro, love to know what she said; anyway it seems that the crowd assembled, were in a good mood, and I relaxed, and the three ladies took turns to fire the questions at me; which was fine; as they’d shown me what they were going to ask,  I answered, and as is my wont, kind of wandered a bit off track here and there;  which the audience seemed to enjoy, they laughed at some of my meanderings; I, can’t understand  why.

The audience must have enjoyed my effort; they certainly gave me a big round of applause after, bigger than the intro.           😀

Helen then presented me with a lovely book; which you can see me here holding; also a Royal Prince Alfred pin. 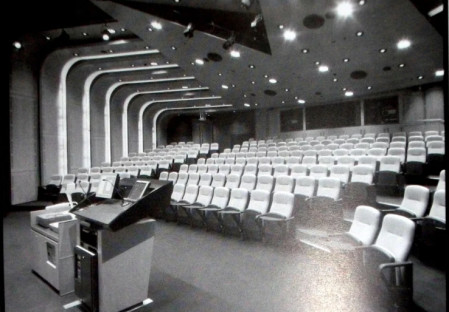 It’s  a delightfully small, elegant pin, which Michelle pinned to the collar of my shirt, if you look closely, or click on the picture to make it bigger , you may see it in more detail.

I’m not into pins, and things, but I’m going to wear this one whenever the occassion warrants.

The following morning I received an e-mail from Susan saying I’d been an absolute hit, or something like that, and I’m now enrolled to join Michelle & Susan in some sort of trivia night thing, to raise money for a “Pancreatic Cancer”  awareness program, with which Susan is involved.

I really don’t know how Susan does what she does; as well as being Gods right hand, she’s: Clinical Nurse Consultant, Upper Gastrointestinal Care Coordinator; Chairman Nurses & Midwives Education Committee and finds time to keep an eye on me. A truly amazing young woman who is very dear to me.